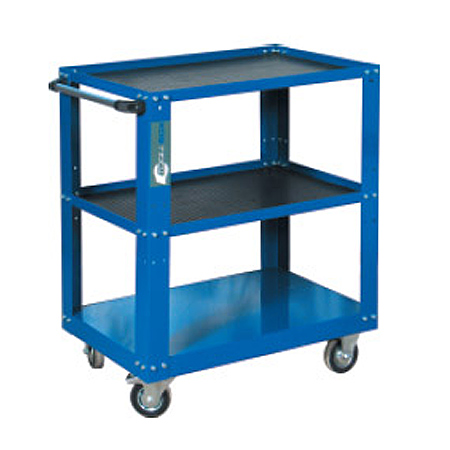 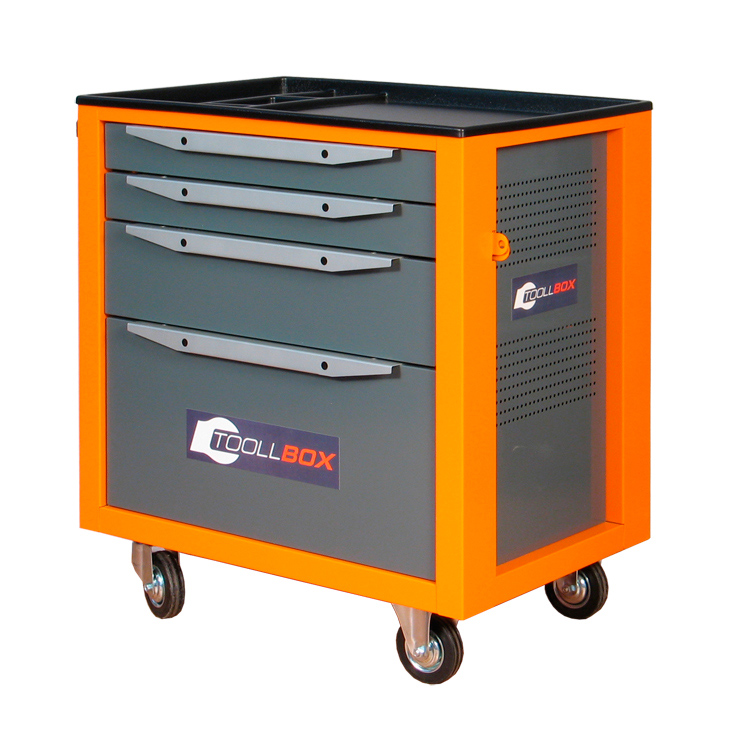 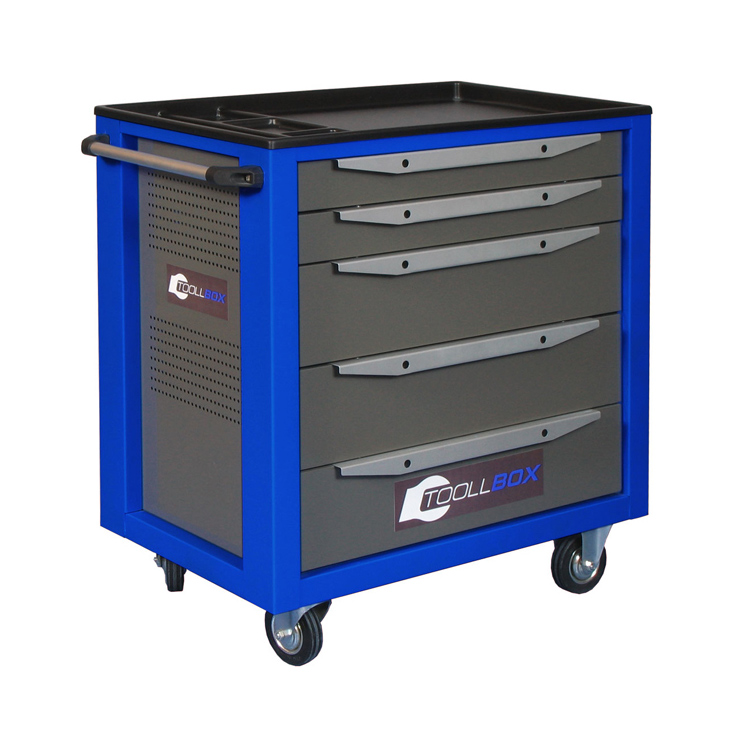 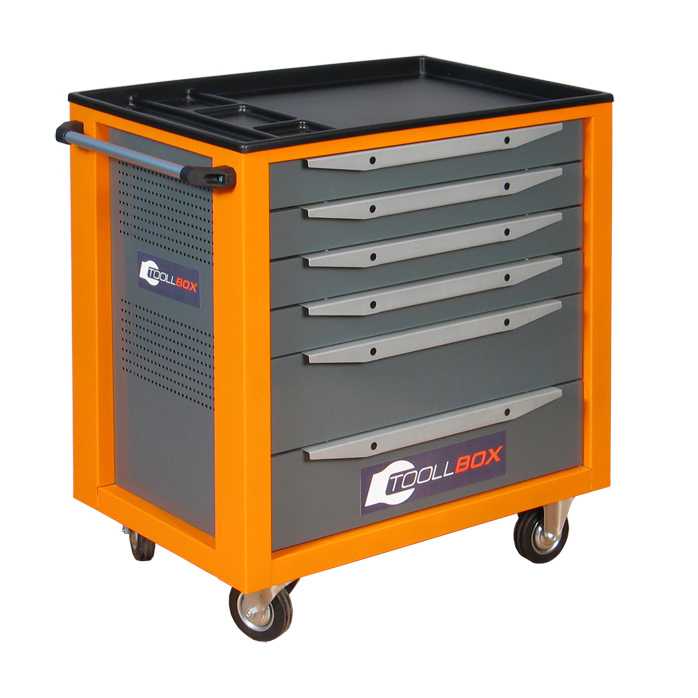 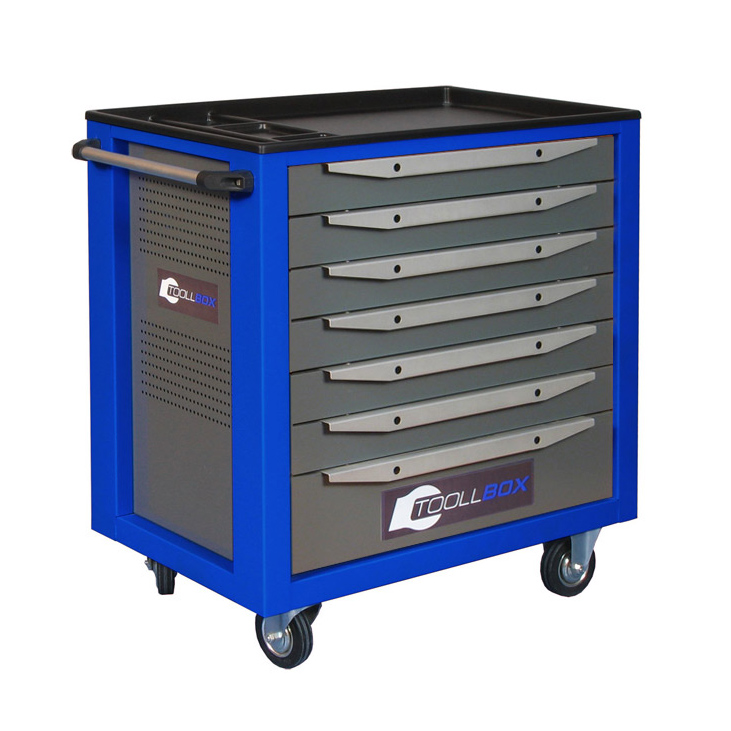 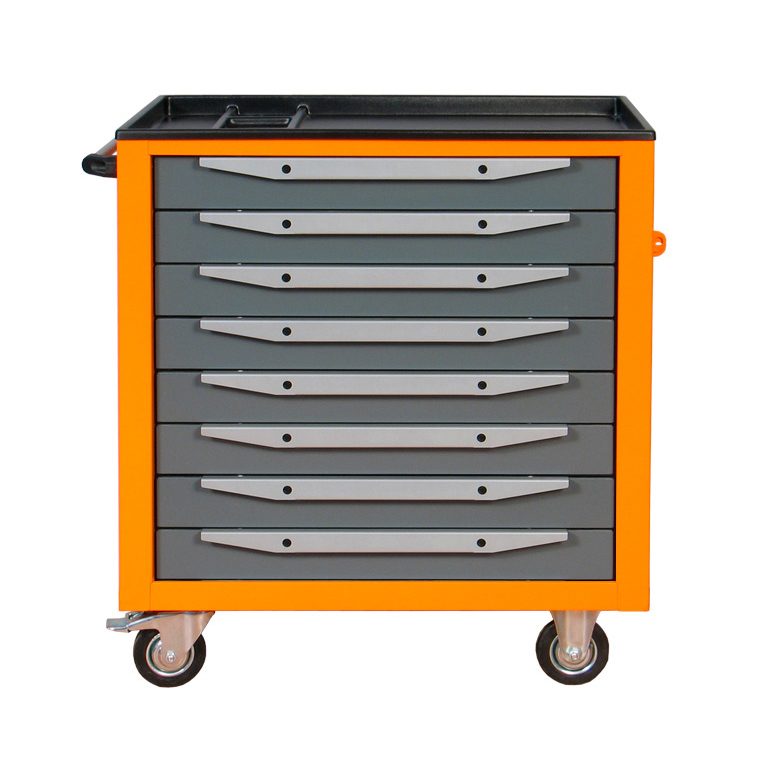 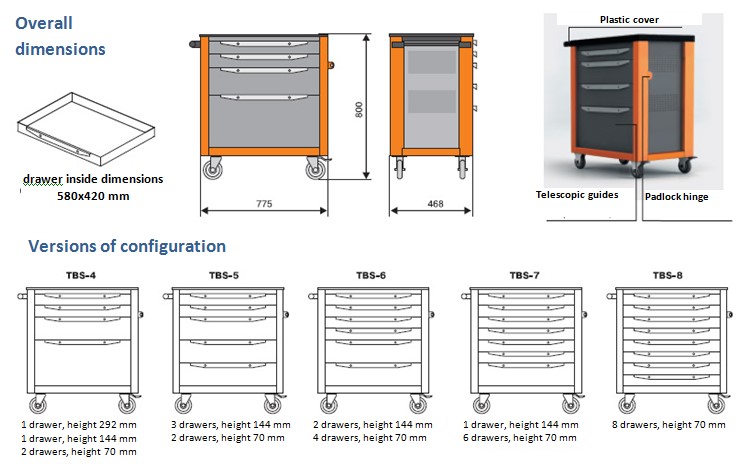 ToollBox standart series tool carts are produced in versions equipped with various numbers of drawers of three standard sizes in height. There is also a version without drawers.

The tool cart body frame in versions with drawers is solid, made of 1.0 mm steel by welding.

The body frame is mounted on four wheels with rubber rims. Two fixed wheels, two swivel wheels, one of which is equipped with a brake.

The vertical racks of the body frame of the versions with drawers feature rigid stops preventing the falling of loaded drawers when the body frame is tilted towards the side where the drawers are pulled out, as well as when a drawer is suddenly pulled out to the extreme position.

The drawers of the tool cart are fixed by a central lock mechanism and may be locked with a padlock.

The drawers are pulled out with the help of telescopic ball guides (inversed bearing type) mounted on hooks. The version that features mounting the guides on hooks helps avoid protruding parts of rivets on the inner surfaces of the drawers, which is important when using purchased tool holders for placing tools in the drawer.

The sizes of drawers are designed to fit tool holders of almost all manufacturers represented on the domestic market. These include King Tony, Gedore, Polar, Jonesway, Force, Unior, Sonic.

Maximum distributed load on a drawer is 45 kg.

The version of tool cart without drawers is delivered in parts. Tool carts of all versions equipped with drawers are delivered assembled.